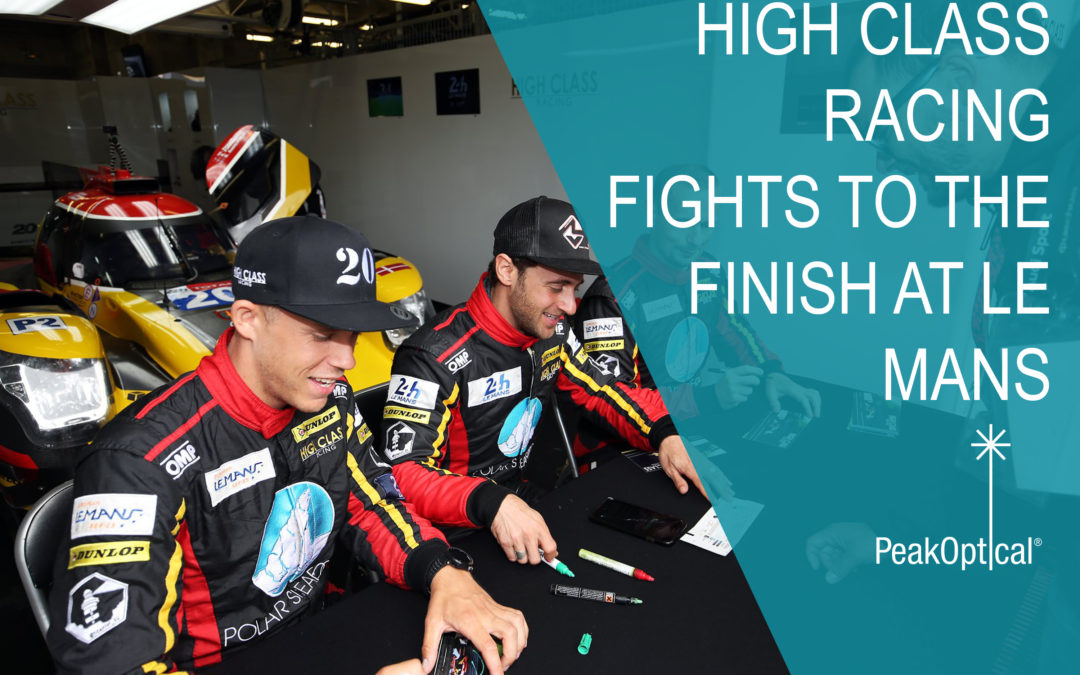 HIGH CLASS RACING FIGHTS TO THE FINISH AT LE MANS

In the end, the team’s ORECA completed 356 laps of the 13.6km Circuit de la Sarthe, en route to 11th in the hotly-contested 20-car LMP2 class and 16th overall. Just making it to the end required real mettle from the team and drivers though, following an issue in the opening hours with the car’s telemetry system.

Through the first few hours of the race in front of 252,000 fans, Fjordbach and Beche were tasked with dealing with the opening melee, and in doing so, climbed as high as seventh in LMP2. Sadly the team’s time battling for a top five spot didn’t last long.

During the fifth hour of the race a Full-Course Yellow infringement prompted the stewards to hand High Class a drive-through penalty which dropped the car to 12th just before Andersen climbed in for his maiden Le Mans stint.

Behind the wheel, Andersen, and later Beche and Fjordbach kept their heads down and kept pushing, despite a telemetry issue forcing the car in for 15 minutes of repair work during Hour 6. When the car rejoined the race, it was last, 20th in class and multiple laps down.

The team didn’t give up though, and pushed on in an effort to try and climb back into the top 10 in the remaining 18 hours. As the stints continued, and each driver spent extended periods in the car battling traffic, changing weather conditions and the transition from day to night and back again, the team gradually moved up the running order.

By the end of the race the trio had clawed their way back to 11th place thanks to consistent lap times and issues striking other teams. Sadly time ran out before the team could directly challenge for a top 10 spot and finished up a lap off the 10th placed car.

It was still nevertheless an impressive finish for the Danish outfit, which had no 24-hour race experience heading into the vent and found out it had an entry late in the build-up to race week.

“What an amazing week it has been for all of us at High Class Racing,” Fjordbach said after the race. “We have enjoyed every second. The build-up to the race saw us make great strides in preparing for the challenge the 24 Hours presents, and gave us the chance to interact with the thousands of fans trackside.

“As for the race, Dennis, Mathias and I all did ourselves proud, in addition to the crew behind the scenes. We refused to give up, even after a problem so early ended our chances of a truly memorable result.

“This is just the beginning of our story at Le Mans though. With our 2019/20 FIA WEC LMP2 entry confirmed on Friday, we already know we will be back for the 88th running of Le Mans. With a year of experience under our belt with ORECA and a start at Le Mans under our belts, next year’s outing at La Sarthe has the potential to be something special.”