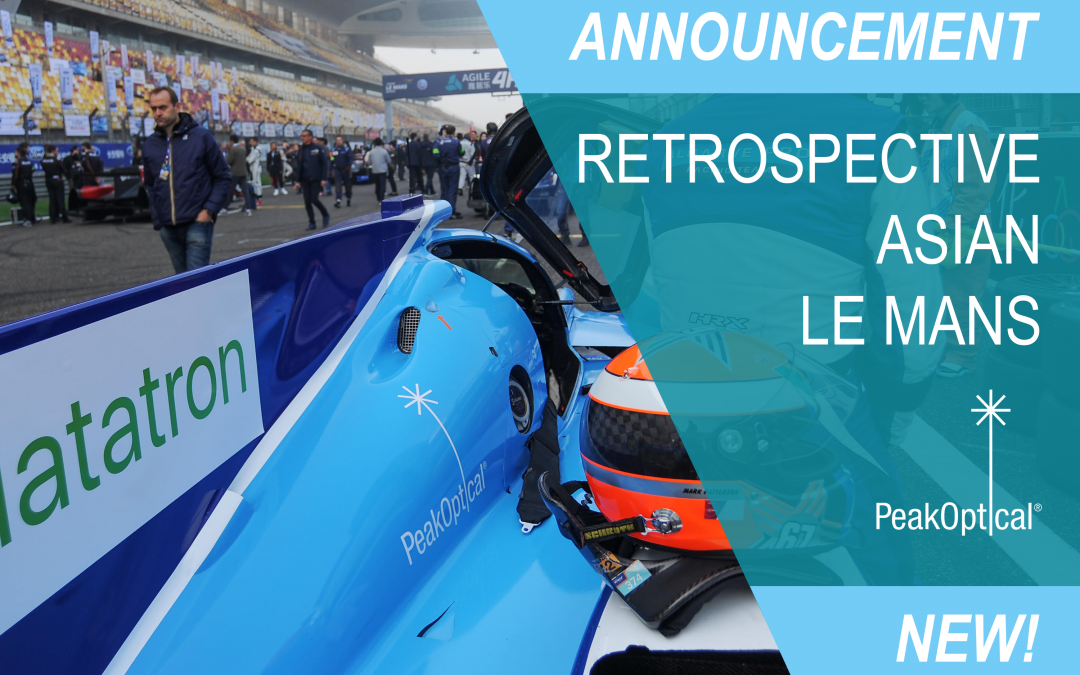 The first round of the Asian Le Mans Series, 4 Hours of Shanghai has ended. What a thrilling competition! PeakOptical A/S is supporting Anders Fjordbach in his campaign to pre-qualify for the 24 Hours of Le Mans, taking place in June 2019. The Algarve Pro Racing Team’s car #25 finished 5th outright and third in class, where the #24 sister car, challenging for the overall championship, made an early retirement from the lead.

We got this reaction from Anders immediately after the race:

I feel that we had the pace for a lot more today. My average on 10, 20 and even 30 laps was the fastest out there, so a top spot was definitely within reach. The incident behind the safety car forced us to change the nose, which put us back 49 seconds. I have no clue why he [car no. 35] suddenly braked down the straight – it was an unnecessary and dangerous maneuver. I am sure that we would have ended up on the overall podium and at in P1 in the AM Trophy, if this didn’t happen, says Anders Fjordbach

The 2018/19 Asian Le Mans Series opener has delivered a thrilling race, with the win being fought for right up until the chequered flag.  Ultimately it was polesitter Pipo Derani in the Spirit of Race Ligier JS P2 that crossed the line first to claim victory alongside his teammates Côme Ledogar and Alexander West.

Series newcomers United Autosports finished 2nd with Paul Di Resta behind the wheel of the #22 Ligier JS P2 he shared with Phil Hanson. Both teams did it the hard way after they made light contact on the opening lap causing both to drop back down the order.

Another front-runner to hit trouble early was the #24 Ligier JS P2 Algarve Pro Racing being driven by Andrea Pizzitola. While leading the race, Pizzitola pulled off the track with a terminal engine issue. 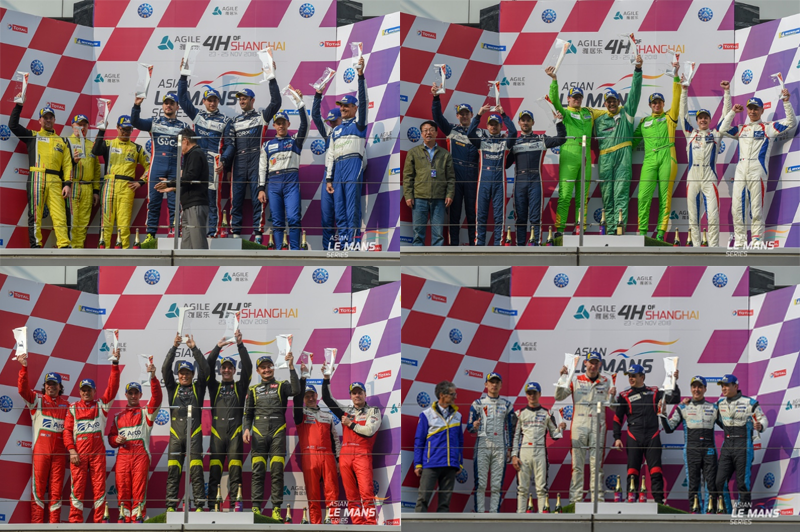 In LMP3, pole sitters Inter Europol claimed the victory in their first Asian Le Mans Series race with Jakub Smiechowski and Martin Hippe sharing duties in the #13 Ligier JS P3. The first of the two United Autosports Ligier JS P3s, piloted by Chris Buncombe, Garret Grist and Wayne Boyd finished 2nd. Eurasia Motorsport claimed the final place on the podium thanks to a solid drive from Aidan Read and Nobuya Yamanaka in the #36 Ligier JS P3.

The battle for the race victory in GT was drama filled. The race was won by Japanese newcomers Car Guy in the team’s first race in their new Ferrari 488 GT3. The #11 Ferrari was raced by Takeshi Kimura, Kei Cozzolino and James Calado. Making it a Ferrari 1-2, the Spirit of Race #51 Ferrari 488 GT3 piloted by Alessandro Pier Guidi, Francesco Piovanetti and Oswaldo Negri Jr. finished the race in 2ndplace in the GT class. In 3rdplace in the GT class was the TF Sport Aston Martin V12 Vantage GT3 of Johnny Mowlem and Bonamy Grimes.

After pulling away comfortably in the early stages of the race the class pole-sitting #88 TianShi Racing Team, Audi R8 LMS had a difficult race that eventually ended with retirement.

At the end of a very tough weekend though, the TianShi Racing Team finished the race on top in the GT AM Trophy with their #66 Mercedes AMG GT3. Prior to the race, the only track time the drivers Max Wiser and Xu Wei had was in qualifying after a problem with their original entry.

In Porsche Endurance Trophy, it was polesitter, Benny Simonsen and Philippe Descombe in the #16 Modena Motorsports, Porsche 911 GT3 Cup that dominated the race to take a comfortable victory.

It is now just under two weeks until the second round of the Asian Le Mans Series, this time coming from Fuji Speedway in Japan on 7-9 December.