This is why 5G won’t replace fiber optic 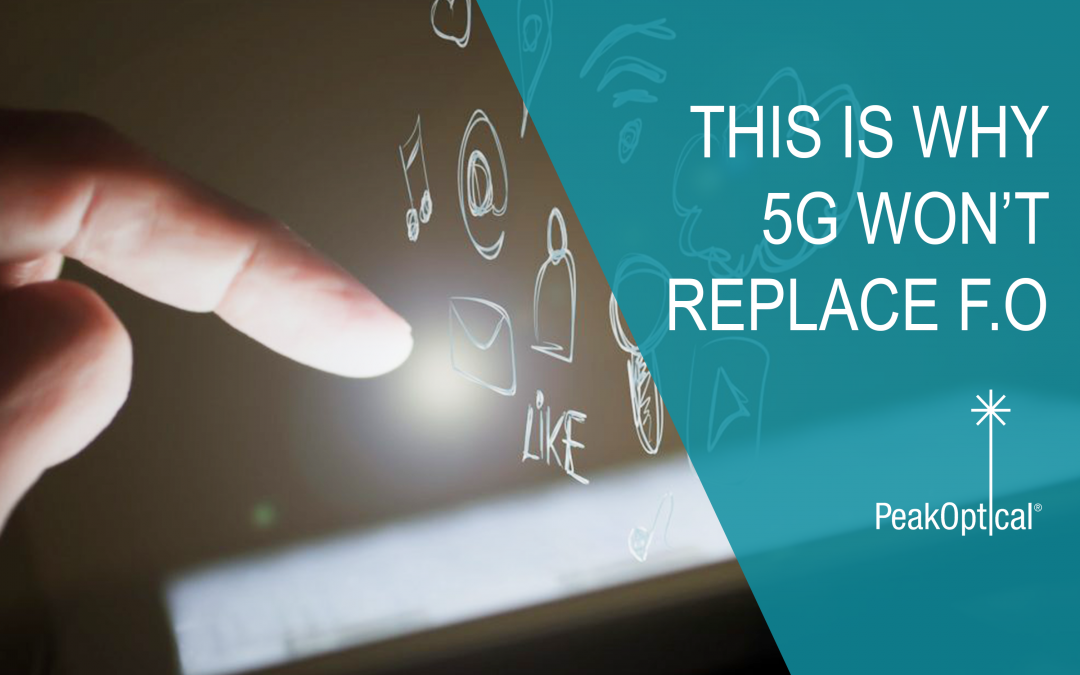 Everyone is so excited about the 5G network connectivity! Every tech magazine or website has written at least one article about the 5G revolution ever since it was announced.

It is believed that the 5th generation of the cellular network is able to accommodate the widespread implementation of the Internet of Things (IoT) and it is 200 times faster than 4G. While its impressive speed can compete with the wired broadband, it won’t replace it anytime soon and here’s why:

Why switch to a cellular network when you can keep your entire data safe with the help of the already proven fiber optics? Many businesses use a secured Wi-Fi for LAN integration. Broadband is considered to be the safest environment for file sharing and communications.

A well-designed Wi-Fi internet installation covers the entire office or home space, even in the basement. Cellular networks need and additional cell or distributed antenna systems for a similar result.

The use of Wi-Fi is more flexible and accessible. You can purchase the services and get it delivered at home or at your office via fiber or coaxial cable. You can even access it in stores, hotels, restaurants, even on busses and trains.

When it comes to 5G, a paid subscription to your mobile network supplier is the only option.

For the 5G connectivity, you will need to buy new devices that can accommodate it. Right now there are numerous tables, smartphones, TVs, PCs, printers and many others that use Wi-Fi. Even the latest technologies come with a built-in preference for Wi-Fi. See, no one is trying to replace fiber optic.