The evolution of fiber optic communication 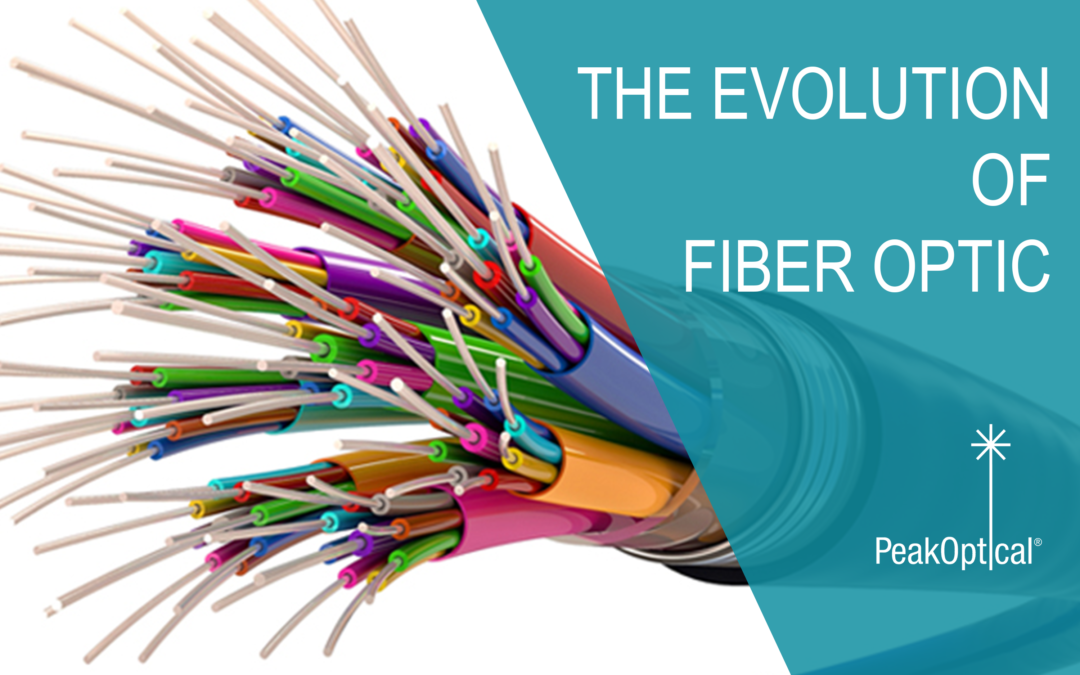 The fiber optic technology evolves every day that goes by. If a hundred of years ago, the telegraph was revolutionizing the entire world with its ability to carry a few clicks per second, now the DWDM Network systems carry over 1Tbps. The optical devices and their capability had a leading role in the evolution of the long-haul communication.

Before 1970’s, the digital communication was entirely based on electronics and the transmission was carried over the electrical coaxial cable at 565 Mbps over a 1 km distance between regenerators. With the introduction of the LED and MMF, single channel capacities of 45-90 Mbps and transmission on a 10 km radius were possible.

In the 1980’s, the optical switches started being used for the sparing of injection lasers in submarine systems. In the late 1980’s, SMF and injection lasers made it possible to transmit 565 Mbps to 2.5 Gbps over a 100 km distance.

In the early 1990’s the practical optical amplifiers (EDFA – Erbium-Doped Fiber Amplifiers) were introduced. With their help and the lithium niobate external modulator, transmission distances of nearly 1000 km could be reacted at 2.5 and 10 Gbps.

In the mid-1990’s, the business DWDM was introduced. This system combines (muxing) multiple optical signals so that they can be transported as a group, over a single fiber, and separates (demuxing) the wavelength channels in the receiving end. Advances in the optical waveguide technology made it possible to enhance the capability. Improvements in both EDFA and fiber optic technology contributed to the significant increase in the number of wavelengths that could be transported.

The fiber communication was revolutionized by the mixture of broadband optical amplification and DWDM, as the system capacity increased and a substantial reduction in costs was noticed.

The DWDM systems from the beginning of 1995 could transmit 2-16 wavelength channels at the same time.

The early DWDM transported optical signals point to point. In the late 1990’s, advances in the fiber optic technology provided the basis to increase the DWDM capacity to 40-120 wavelengths and extended the transmission distances to 1000 km.

Nowadays, the commercial system can carry more than 1 Tbps (128 channels) over unregenerated distances of thousands of kilometers. Long distance, as well as regional networks, are based on fiber optic cables.

PeakOptical is a Danish manufacturer of fiber optic products, with an experience of over 10 years in the market. PeakOptical has collaborated with hundreds of customers from various industries (finance, telecommunication, broadcasting, communication, airline, manufacturing, and many other).