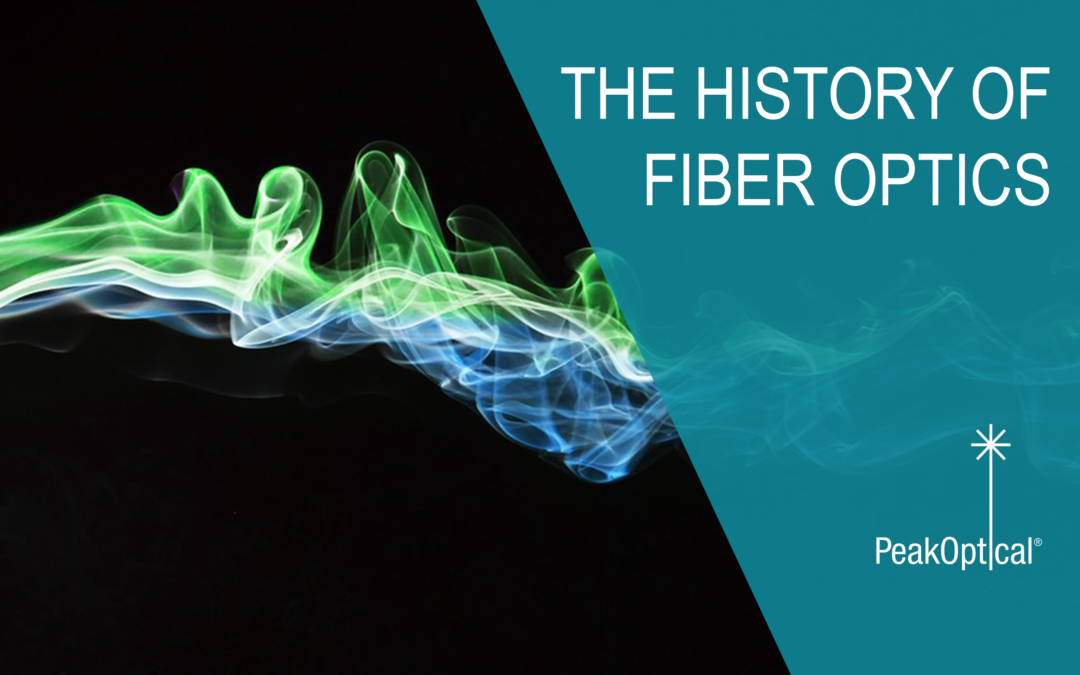 Have you ever wondered how fiber optic was discovered? Find out who thought about it first and who developed it to the today’s level of functionality.

Fiber optic technology has its roots back in the Roman times when they started drawing glass into fibers.

In the 1970s, the ‘’optical telegraph” was invented. A series of lights were placed on towers, in order to transmit messages from a place to another.

In 1840, Daniel Collodon and Jaques Babinet, both physicists, managed to prove that light can be directed along jet of water in the fountain displays.

In 1854, John Tyndall, also a physicist, took it one step further. He proved that light could travel through a curved stream of water; therefore a light signal could be tilted. 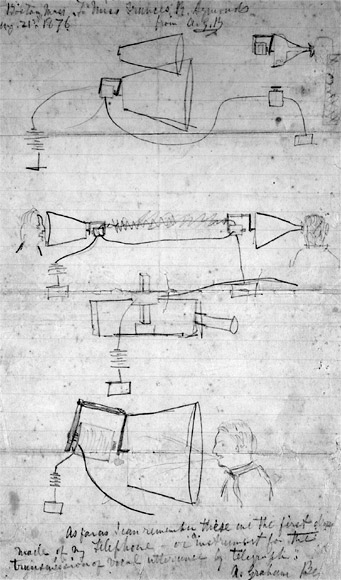 Sketch of a telephone system by Alexander Graham Bell.

Seven years later, in 1895, in an early attempt at television, Henry Saint-Rene designed a system of bent glass rods for guiding light images.

In the 1920s, John Logie Baird patented the idea of using arrays of transparent stems to transmit images for television. However, in the 1930s, Heinrich Lamm was the first person to transmit an image through a batch of optical fibers.

In 1951, Hogler Moeller applied for a Danish patent on fiber optic imaging in which he proposed cladding glass or plastic fibers with a low index, transparent material but was refused because of the Braid’s patent.

In 1961, Elias Snitzer published a theoretical description of single-mode fibers, with a core so small that it could carry light with only one waveguide mode. He was able to demonstrate that a laser (light amplification by stimulated emission of radiation) directed through a thin glass fiber can be sufficient for medical applications. For communication applications, the light loss became too great.

In 1964, Standard Communication Laboratories in England proved that light loss of existing glass fiber could be diminished by removing impurities.

In 1973, Bell Laboratories developed a modified vapor deposition process that can be mass-produced into a low-loss optical fiber. This process remains, to this day, the standard for fiber optic cabling manufacturing.

In the early 1980s, telephone companies started to use fiber optics to rebuild their communication infrastructure.

In 1986, Emmanuel Desurvire invented the erbium-doped amplifier which reduced the cost of long-distance fiber systems.

In 1988, the first transatlantic telephone cable went into operation.

In 1991, Desurvire and Payne demonstrate amplifiers were built into the fiber optic cable itself. Also in 1991, the photonic crystal fiber was developed.

Nowadays, the fiber optic technology is used in a great variety of industries, including telecommunication, medical field, networking, broadcasting, aviation and many others.